As of July 2016, Res Gerendae has a new group of editors. 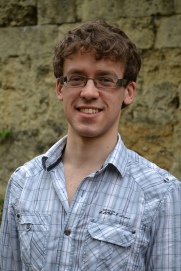 Thomas Nelson is currently a third-year PhD student at Trinity College, Cambridge, supervised by Professor Richard Hunter. His PhD project explores how Ancient Greek authors from Homer to Hellenistic poetry signalled their interactions with other texts and traditions and negotiated their own place within the larger literary tradition. His broader research interests include Hellenistic literature and history, Greek intertextuality and the interrelation of image and text in antiquity. He has forthcoming articles on the celebration of victories over the Galatians in Hellenistic literature and art and on Hellenistic poetry’s debts to Old Comedy, and is co-organiser of a conference on Hellenistic poetry taking place in Cambridge in September 2016. Before moving to Cambridge, Thomas completed his Undergraduate (2013) and Master’s (2014) degrees at the University of Oxford. 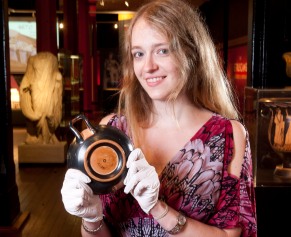 Alina Kozlovski is currently a second-year PhD student at Trinity Hall, Cambridge, supervised by Professor Andrew Wallace-Hadrill. Her Phd research focuses on the Romans’ relationship to the material remains of their past. Taking cue from modern debates in heritage studies, she looks at the ideas of reconstruction, ruination, material authenticity and reenactment in the ancient Roman world. She has excavated in Paphos (Cyprus), Sicily and Tuscany and has worked in several museums in public programming, exhibition research and collection management. Before she came to Cambridge she completed her BA and MPhil degrees at the University of Sydney, with a year on exchange at the University of Bologna.